Today marks the 93rd anniversary of the landmark decision in Carroll v. United States where the Supreme Court created what came to be known as the Automobile Exception to the warrant requirement of the 4th amendment. This decision created one of the most common exceptions to the warrant requirement, dramatically increasing the number of searches law enforcement could perform. 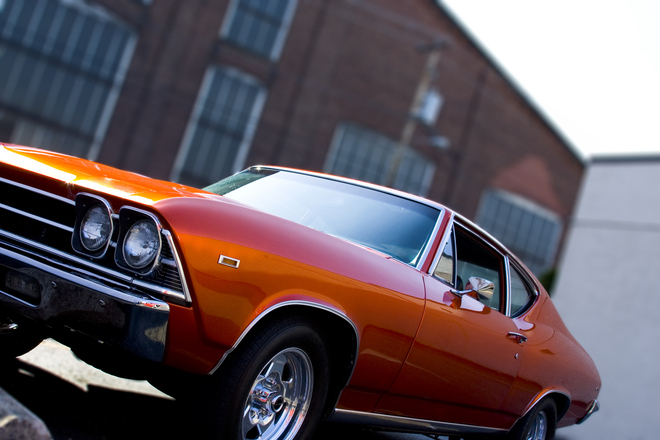 The case that made the basis of the decision highlights how the Supreme Court is often called upon to reexamine the limits of constitutional rights with changing technological advancement. The case also reflects an age when the Supreme Court took a more active role in interpreting the U.S. Constitution as this case occurred during the apex of the Lochner era. This case also represents a different time in America, when the Automobile was still relatively new, and prohibition was in full swing. Federal prohibition officers of the IRS arranged for an undercover agent to purchase liquor from George Carroll, a known rumrunner. However, for unknown reason, the undercover buy fell through.The Federal Agents regularly patrolled the highway a spotted Carroll’s car a few months later. When the agents tried to pull Carroll over, he led them on a chase and got away. Months later Federal Agents saw Carroll driving on the highway between Detroit and Grand Rapids Michigan again. Suspecting Carroll was transporting illegal liquor, Federal Agents pulled Carroll over and conducted a warrantless search of his car pursuant to the now Repealed “National Prohibition Act of 1919” otherwise known as the “Volstead Act”[1].  In the subsequent search, Officers discovered liquor hidden underneath the seats of the back of the vehicle and arrested Carroll for violating the Volstead Act.

Carroll Appealed his conviction arguing that the police conducted the search of his car without probable cause, and argued that even if they had probable cause, the police lacked a warrant to search his car, thus making their search unreasonable, illegal, and unconstitutional. Carroll’s conviction was affirmed, and he appealed to the Supreme Court for certiorari.

Carroll’s case was heard March 14th, 1924.  Carroll argued that the Volstead Act’s provisions allowing for warrantless searches of automobiles, boats, and airplanes if the Federal Government believed there was illegal liquor being transported was unconstitutional because it violated the 4th amendment of the Constitution. Specifically, Carroll argued that 4th amendment protections for vehicles are equivalent to those protections for homes.

The Federal Government argued that the warrant requirement of the Constitution applied differently to vehicles as opposed to homes. The government argued that the framers of the Constitution recognized the difference in 4th amendment protections for homes, and other forms of transportation, specifically in terms of searches for contraband. Thus the state contended that vehicles had less protection than homes under the 4th amendment and could be searched without a warrant, especially when new modes of transportation were very mobile.

The Supreme Court rendered its decision on March 2nd, 1925. In a 7 – 2 decision, the Majority lead by Former President, Chief Justice William Howard Taft announced that warrantless searches of vehicles are permissible[2]. The Courts reasoning was that Congress had always envisioned 4th amendment protections as different for Homes and Transportation. Further, with the new technology of Automobiles being so mobile, the warrant requirement would make the search of vehicles impracticable[3]. However, the Supreme Court Held that Law Enforcement required Probable Cause that a crime had been committed before they could search a vehicle, as otherwise would subject ever driver on the road to random stops and searches. The Supreme Court further held that, when practical, Law Enforcement should seek a search warrant before searching a vehicle.

The decision in Carroll became known as the Carroll doctrine, or the Automobile exception to the warrant requirement of the 4th amendment. This doctrine allows police to search a vehicle without a warrant if they have probable cause to believe that the vehicle, or something in the vehicle is evidence of a crime, and the vehicle could be removed from the area before a warrant could be obtained. This decision allowed for a much greater number of searches to be conducted by law enforcement.

The vehicle exception to the warrant requirement has dramatically increased the number of searched Law enforcement are allowed to conduct. Carroll was later readdressed in 2009 with the Decision of Arizona v. Gant which modified the circumstances when the police could conduct a warrantless search of a vehicle. However, Gant only modified Carroll and did not overrule it. This case remains solid constitutional law. Experienced Legal representation is required to navigate the complex field of constitutional law. However, the principle of Carroll remains true. Law enforcement is allowed to conduct a warrantless search of a vehicle if they have Probable Cause to believe that there is evidence of a crime or contraband in the vehicle and the vehicle can be moved from the area.

Send Us A Message